Whenever people think of Greek myths, they often conjure up images of an imaginary past in which gods and goddesses interacted with humans and heroes went on epic journeys around the ancient world.

Some of Ancient Greece’s most famous myths were not only rooted in reality, but are also alive and well today.

Travellers can revel in the enduring legacy of these myths by standing on the soil where Amazon warriors displayed their incredible strength, where Hercules first lit the Olympic torch, and where the Oracle of Delphi guided people to discover themselves in order to understand the world around them.

These myths are part of ancient Greece’s enduring legacy, and continue to shape the country — and most of the world — to this very day. 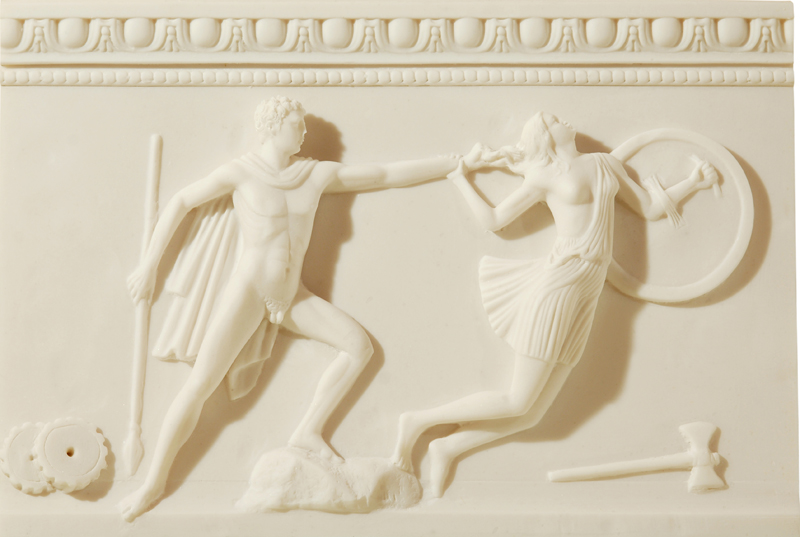 According to Greek mythology, the Amazons were a tribe of female warriors that lived in Themiscyra, an area located in present-day Turkey.

Legend has it that these fierce warriors fought against men in battle, often displaying incredible strength and bravery. One of the most famous Amazon queens, Penthesilia, is said to have taken part in the Trojan War, an infamous mythical battle between Greeks and Spartans. Another famous Amazon, Hyppolite is known as being the owner of the Magic Girdle stolen by Hercules during one of his 12 Labours.

The myth of the Amazons remains alive and well today. Not only do these fierce warriors appear in ancient art found all over Greece, but they’re increasingly making their way into mainstream modern culture. Movies such as Marvel’s Wonder Woman portray these mythological women as brave and fierce warriors, helping them become a symbol of the feminist movement in Greece and around the world.

In an incredible twist, archeological digs have recently unearthed remains of women warriors in some areas pinpointed by ancient Greek writers as the Amazon’s homeland, begging the question of whether the Amazons were only a mythological tribe, or a real-life force to be reckoned with. 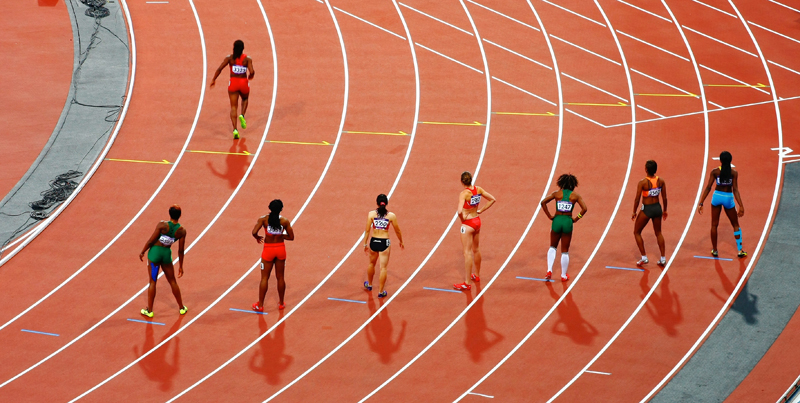 According to Greek mythology, one of Hercules’ 12 Labours was to clean the stables owned by King Augeas of Elis. As the story goes, the two men had agreed that upon the completion of the task, Augeas would pay Hercules a sum worth one tenth of his cattle.

But despite the fact that Hercules got the job done, Augeas didn’t hold up to his end of the bargain, refusing to pay him. Enraged, Hercules decided to wage war against the city of Elis, and after winning, instituted a festival in the nearby city of Olympia to celebrate his victory and to pay homage to his father, the almighty Zeus.

This is the founding myth of the Olympic games, which were held every four years in the city of Olympia during most of antiquity. The games were the greatest national holiday in Ancient Greece, and every time they were held somewhere between 50,000 and 200,000 people flocked to Olympia from nearly 100 city-states around the Greek peninsula to partake in the celebrations.

The games were so important that whenever they occurred, warring nations would implement a mandatory truce that would last throughout the duration of the games and the month leading up to them.

What’s fascinating is that the festival was not only centred around sports, it was also a religious and cultural affair that celebrated Zeus and paid homage to the concept of arête, a state of excellence in mind, body and spirit.

While today winning seems to have overcome the pursuit of excellence in most modern sports, the Olympic games continue to be one of the few events that uphold these values. Although the modern Games look and feel very differently to what they did in the past, their another example of the enduring legacy of ancient Greek mythology.

3. The Oracle at Delphi

As it goes, the eagles crossed paths over the town of Delphi, in central Greece. To celebrate this discovery, Ancient Greeks built a temple on Mount Parnassus, just outside the city, which would become one of the most sacred sites in the ancient world.

Every year, thousands of people from around the world would visit the temple on Mount Parnassus to ask the Oracle there about their future. The questions would be answered by a priestess, a young woman known as a Pythia, who would stand within the temple and give cryptic responses to those who consulted her. The Oracle was considered the highest religious authority in Ancient Greece, and the Pythia was believed to be a mouthpiece of the Gods.

Whenever people walked into the Oracle, they’d encounter a simple legend that chiseled into the wall: “Know thyself.” Understanding this message was the only way of understanding what the cryptic answers delivered by the Oracle.

While the Delphic oracle was closed down in 391 AD by the Roman emperor Theodosius I, its ruins continue to receive travellers from around the world, many of whom are on journeys of self-discovery similar to those embarked by pilgrims thousands of years before them. To them, the words carved into the entrance of the Oracle thousands of years ago carry a message that is as relevant then as it was now: that in order to understand the cryptic messages of life, one must understand who they are first.

Modern Greece is full of mythology. Ancient stories of Gods and Goddesses, of Love and War, and of human triumph and failure are deeply weaved into Greece’s culture and continue to shape the country today just like they did over two thousand years ago.

Today Greece is home to hundreds of sacred sites, including temples and shrines that have housed sacred rituals and attracted pilgrims from around the world for millennia. A few of these ancient sites, like the Acropolis of Athens and the Parthenon, have become common tourist destinations, while others are away from the large crowds.

Places like Agora, Delphi, Olympia, the 13th century monastic site of Mystra and the ancient citadel of Mycenae are just a few of the many sites where sacredness is palpable for those willing to feel it. And the sacredness of these myths are not only immortalized in the ruins, paintings and artefacts that can be found throughout Greece–they also live on in the people that fill this inspiring country.

To see the enduring legacy of these myths in modern Greek culture, travellers must dig deep into their own spirituality and explore the country through a pilgrim’s eyes. This means looking beyond the surface of its magnificent ruins and spectacular vistas to connect with the land’s sacred essence.

Book your next trip now

Interested in a life-changing tour with Phil?  Mythic Crete with Phil Cousineau and Georgios Spiradakis –
A Ten-Day Tour to the Legendary Island of Light will run from April 9 – 18, 2019. As always, this will be a journey full of visits to sacred sites, culture, fine cuisine, storytelling and engaging conversation. 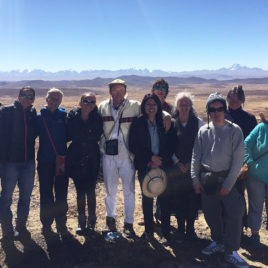 Previous 5 Things You Didn't Know About Bolivia (And Will Make You Want To Visit!) 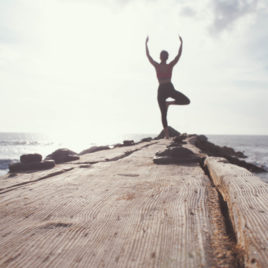 Next The Amazing Benefits Of Yoga : How It Heals Mind, Body, and Spirit