The Sacred Valley of the Inca stretches from the town of Pisac 62 miles west to the Inca citadel Machu Picchu. The Sacred Valley Peru was carved out by the Urubamba River and is thus often referred to as the Urubamba Valley. Peoples and civilizations lived in the region prior to the Inca such as the Killke civilization, who occupied the Valley from 900 CE until the expansion of the Inca in 1420. The Inca then ruled the area until the conquest of the Spanish. They were drawn to the Valley for its fertility and their ability to grow plenty of maize there in order to make a drink sacred to them: chicha.

This year, we’re hosting a sacred journey of healing, Andean medicine, and energy work. Our journey is called Heart of the Pachamama with Puma Quispe Singona. On this journey, we’ll be blessed with a key component of our Peru travel itinerary: the opportunity to see The Sacred Valley. Today, millions of tourists and pilgrims visit the Sacred Valley Peru every year to see Machu Picchu and other noteworthy sites. Here are the cities and sites we think are a must for any traveler.

Cusco is not far from Pisac, the town that marks the east end of the Valley. Cusco is a historical hub that visitors should make it a point to see. The city marks the historical capital of the Inca empire, which occupied the city from the 13th century until the conquest by the Spanish in the 16th century. The city was made into a UNESCO World Heritage Site in 1983. According to UNESCO, “The City of Cuzco maintains the spatial organization and most buildings from the ancient Inca Empire capital and the Viceroyalty. Along its streets and squares, it shows its original urban and architectural characteristics. Despite urban growth, the sectors that make up the Inca imperial city are recognizable, including the ancient stone structures and their advanced construction technique.”

In Cusco, visitors can explore the city’s architecture, visit the Iglesia de Santo Domingo, see Coricancha (one of the holiest sites in Incan mythology), and hang around San Blas for a bohemian twist on the city. Another popular activity is exploring the San Pedro market which offers a truly authentic taste of Peru and a chance to sift through produce, grab a smoothie, and see more of what day-to-day life in Cusco is actually like. Cusco is definitely a must before or after heading to Pisac and entering the Sacred Valley.

Pisac, a Peruvian town, is only about an hour’s drive away from Cusco. The town is located in the Sacred Valley and contains Incan ruins as well as a famous market that runs every Sunday, Tuesday, and Thursday. Theories surrounding the town’s origins include it being built as a memorial site or as a possible fortress to protect against enemy attacks. Regardless, the original town was destroyed by the Spanish in the early 1530s and then rebuilt about 40 years later.

Pisac is a great starting point for pilgrims on their journeys through the Sacred Valley. The ruins lie at the top of a hill at the entrance of the Valley, and there are Incan structures in the urban areas of Pisac as well. Another popular feature that brings visitors to Pisac is the agricultural terraces that were constructed by the Inca and are still in use today! The terraces provide surplus food that usually is not available at altitudes as high as 11,000 feet. Finally, the sanctuary of Huanca is located near the village, a sacred site that still draws pilgrims every September.

Ollantaytambo is an important town and Incan archaeological site located on the other end of the Sacred Valley. This site was once the royal estate of the emperor Pachacuti, who is responsible for transforming the Kingdom of Cusco into the Inca Empire. Today, the town is renowned for containing some of the oldest settlements in South America. Also notable is the nearby temple hill, the original agricultural terraces which permit farming on otherwise mountainous terrain, storehouses, and quarries.

During our visit to Ollantaytambo, we’ll visit the Temple of the Sun and also the Royal Baths and Fountains for a shamanic energy experience where we will connect with the elements of earth, water, air, and fire before making our way along the murmuring river to the Temple of the Condor for a few moments of reflection and silent meditation. From there, we’ll travel to the archaeological site of Moray which contains unusual Inca ruins, large circular terraces, and a sunken amphitheater. Moray was considered the womb of Mother Earth. It was thought to be the best place to initiate healers. Here, we will experience a connection with the sacred feminine energy for healing our physical bodies and our emotional temples.

A trip to the Sacred Valley Peru wouldn’t be complete without checking out Machu Picchu. Machu Picchu is a mysterious Inca citadel located over 7,000 feet above the Sacred Valley. It was declared a Peruvian Historical Sanctuary in 1981 and was included as a UNESCO World Heritage Site in 1983 where it’s considered “among the greatest artistic, architectural and land use achievements anywhere and the most significant tangible legacy of the Inca civilization. Recognized for outstanding cultural and natural values, the mixed World Heritage property covers 32,592 hectares of mountain slopes, peaks and valleys surrounding its heart, the spectacular archaeological monument of “La Ciudadela” (the Citadel) at more than 2,400 meters above sea level.”

And yes, during our journey, we will explore Machu Picchu with our guide Puma Quispe Singona in order to connect to the sacred wisdom of the Inca. The site sits between three high peaks of power, making it a particularly potent place to sit, meditate, and create intentions for the rest of our journey (we’ll be seeing Machu Picchu on day 4 of our pilgrimage). 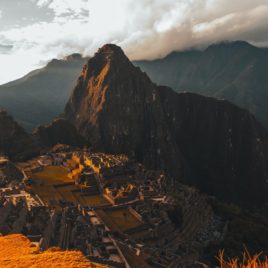 Previous Who Were The Inca?: Origins and Spirituality 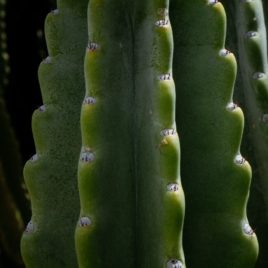 Next Healing With Wachuma: Science and Tradition