Are you planning a visit to Turkey? Curious to know what the must-see sacred sites are in this beautiful country? Here we take a look at the top 5 – plus a surprise bonus “destination” at the end!

1. House of the Virgin Mary

Located a few kilometres outside of Ephesus, the House of the Virgin Mary is an important shrine for Muslims and Christians alike, and is believed to be the final home of the Virgin Mary. This popular pilgrimage site has a “wishing wall” on the outside for visitors to leave intentions and prayers, a sacred healing spring running under it, and a modest shrine inside the house.

2. The Temple of Artemis, Ephesus

According to the old legends, The Temple of Artemis at Ephesus was founded by the female warriors known as the Amazons (Callimachus, Hymn to Artemis, III.233). Considered one of the seven wonders of the ancient world and dedicated to the goddess of the hunt, The Temple and the entire ancient city of Ephesus are some of the greatest pilgrimage sites of antiquity.

3. The Oracle at Miletus

In classical antiquity the Oracle was both revered as a voice of god and place of pilgrimage when seeking advice. Well-known for attracting crowds of pilgrims, Miletus was one of the most important cities in the ancient Greek world and the place St. Paul stopped at on his Third Missionary Journey, on his way back to Jerusalem and Didyma (Acts 20:15–38).

Dedicated to the ancient Mother Goddess, and then the Greek goddess Aphrodite, Aphrodisias was the site of a magnificent Temple of Aphrodite and the home of a renowned school of marble sculpture. It has been a sacred site since as early as 5,800 B.C., when Neolithic farmers came here to worship the Mother Goddess of fertility and crops.

In the 1920s Rumi’s mausoleum and dervish lodge were turned into a museum, which has been an important place of pilgrimage ever since. The poet, philosopher, and religious teacher Mevlana Rumi is widely believed to be one of the world’s most important literary and spiritual figures and an embrace and understanding of his works helps us to discover the philosophical concepts of Sufism. While in Konya, and to further deepen your understanding of Sufism, you can see a performance of the Whirling Dervishes.

As a seeker and traveller you will always bring an extra dimension to all the destinations you visit. When travelling around the culturally-rich sites of Turkey take time to open to the sacred energies and appreciate all this country has to offer.

Have you visited any of these sacred places in Turkey? Would they make your Top 5 list or would you choose others? We’d love to hear from you!

If you’re interested in visiting these sites and more, check out our “A SacredJourney to Turkey with Phil Cousineau: Long Conversations in the Land of Troy, Rumi and the Goddess”, October 10 – 22, 2014. 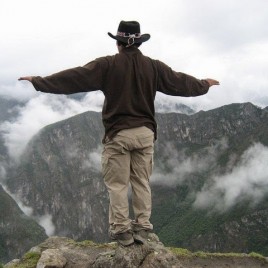 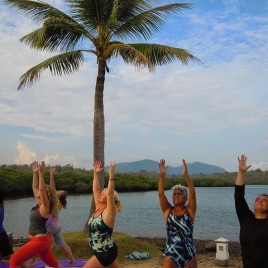