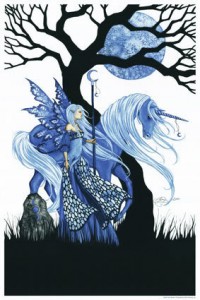 As we approach the darkest night of the year on the Winter Solstice, I thought I’d share with you all some information about the ancient pagan festival of Yule that falls on this day…
Origins of Yule
The word Yule is thought to mean either “wheel” or “feast”. This joyful pagan holiday, celebrated by many ancient cultures around the world, falls on the Winter Solstice, the longest night of the year. Winter Solstice derives from the Latin sol, meaning “sun” and sister, meaning “to stop, or to stand still”. Thus, the Winter Solstice is the day of the “Standing-Still Sun”, for on this day the sun appears to stand still in the sky. Although it is the longest night, it is also the turning point of the year. Following this night, the sun grows stronger in the sky, and the days become gradually longer once more.The festival of Yule is an honouring of the cycles of nature, a celebration of rebirth, and a reaffirmation of the continuation of life. It is a time of peace and charity and a celebration of hope; hope that darkness will be banished from the earth and that light will be reborn. Because many ancient traditions affiliate darkness with evil, Yule was a celebration to help goodness, along with its light and warmth, return.

On this day, the Goddess gives birth to the “Divine Child of Promise”, her son Mabon, also known as the “Star Child”. This son would become the Sun God, representing the return of light. Because His birth heralds the days growing longer, the God represents hope in the coming cold of winter and the promise that spring lies ahead. As the son draws close to His Mother, we too must draw inward to reflect on the past year and be thankful for family and loved ones who have helped us through hardships.

The Oak King is also known as the Green man and the Holly King, the Red Man. In many countries these figures have remained separate. The Oak King is assigned with the role of the good gift giver, while the Holly King represents the wicked punisher. The Holly King frequently appears dressed in red with a sprig of holly in his hair, and is sometimes depicted driving a team of eight stags, which represent the 8 Sabbats of the pagan festive cycle. The Oak King is often portrayed as the fertility god and the lord of the forest.

Santa Claus, Saint Nicholas, Father Christmas and Kris Kringle are all interpretations of the Holly and Oak king combined as one. As the one who rewards, he bestows gifts to good children, and as the punisher and depriver, he gives only ash or lumps of coal to the naughty ones.

Previous Traditions and Symbols of Yule 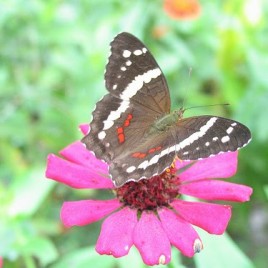 Next A Sacred Time