A Seven-Day Writing Retreat in the Wild West of Ireland: A Mythopoetic Approach to Crafting Your Story October 6 - 13, 2015
Tweet

Writers of every level and genre are welcome to our weeklong gathering of kindred spirits looking to spark new material or burnish current work, as the Irish say, to a fare-thee-well.

In the words of W. B. Yeats , “Do not wait to strike till the iron is hot; but make it hot by striking.” Led by bestselling author, documentary filmmaker, radio and television scriptwriter Phil Cousineau, our gathering will combine the spirit of a workshop with the contemplativeness of a writing retreat. You will be encouraged to spend time developing your manuscript rather than critiquing others’ work, and there will be opportunities for one-on-one consultations with Phil, as well as readings from Irish literature and inspiring excursions. READ MORE 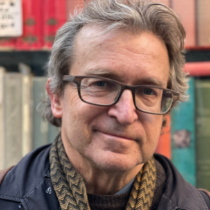 Phil Cousineau is a writer, teacher, independent scholar, documentary filmmaker, travel leader, storyteller and author of over 40 books including the national best-seller The Art of Pilgrimage, The Book of Roads, and Stoking the Creative Fires, winner of the Book of the Year Award from “Spirituality & Health Magazine.” 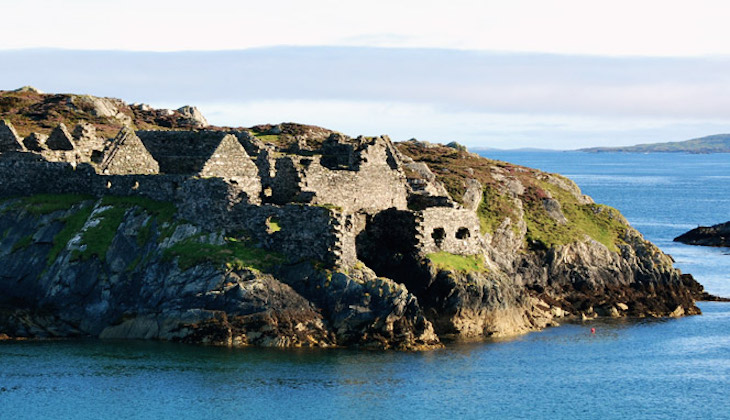 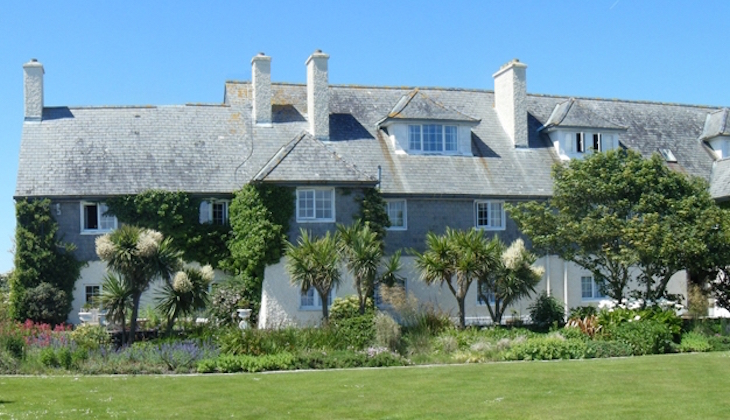 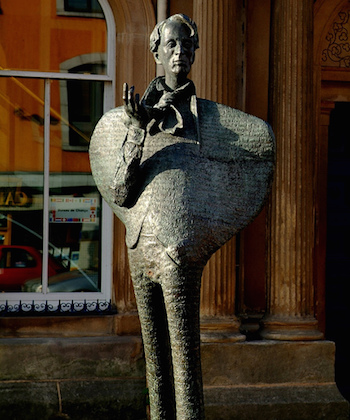 Exceptional…unexpected…more than I imagined it could be! I feel restored to my creative capacities and renewed in my sense of purpose and love for the book I am writing.Ana Mozol, Vancouver, BC

If you would like to immerse yourself in the art of crafting stories and if you are looking for a way to reignite your passion for the written word, then join our Writer’s Retreat in the breathtaking West Country of Ireland. Writers of every level and genre are welcome to our weeklong gathering of kindred spirits looking to spark new material and/or burnish current work, as the Irish say, to a fare-thee-well.

Instead of spending our valuable workshop time by critiquing each other’s work, during this writer’s retreat you will be encouraged to spend your time developing your manuscript in a safe and invigorating atmosphere. Every day will begin with a reading from the shape-shifting world of Irish literature, followed by a writing session designed to help you find and refine your own natural writing voice. This will include creative writing games, visualization exercises, experimentation with story structure, interview techniques, dialogue practices, and writing outdoors in the dramatic sites such as the ruins of nearby Clifden Castle.

“Every workshop is a community of craft.” ~ Eavan Boland

During our workshop, your writer’s retreat leader, Phil Cousineau, will combine his popular mythopoetic (literally the making of stories) approach to writing with the nine-stage creative journey model presented in his book, Stoking the Creative Fires. Each participant will have the opportunity for one-on-one consultations with Phil Cousineau. Over the course of the week you will enjoy the chance to replicate the ideal writing life, which is a dynamic balance between creative solitude and social immersion, and learn how to best present your work in the ever-changing world of publishing.

Led by bestselling author, documentary filmmaker, radio and television scriptwriter Phil Cousineau, our gathering will combine the spirit of a workshop with the contemplativeness of a retreat. Since teaching screenwriting at the American Film Institute, Cousineau has mentored and tutored hundreds of writers in a wide range of genres from novels, poetry collections, and non-fiction books to radio, television and movie and gaming scripts. For the last several years he has been a consultant on the mythology of movies at Warner Brothers, in Burbank, California, and is a founding mentor at the Path to Publishing Program at Book Passage Bookstore, in the San Francisco Bay Area.

Beyond the classes and tutorials that will be held at Renvyle House, the magnificent former manor house of Oliver Gogarty, immortalized as Buck Mulligan in his friend James Joyce’s epic novel, Ulysses, there will be ample time to experience the local Irish country life, attend cultural events, and revel in the golden opportunity to make friends from around the world.

The Connemara Writers Retreat includes all writing sessions with Phil Cousineau, daily full Irish breakfast, three lunches, three dinners, as well as excursions to Clifden Castle, County Sligo to explore the genius of William Butler Yeats, and an optional tour to the wild Atlantic scenery of Inishbofin Island. The retreat will be highlighted by special appearances by Brendan Flynn, local Connemara poet and founder of the Clifden Arts Festival, now in its 28th year, and P. J. Curtis, music historian and novelist, whose latest novel, A Nightingale Falling, has been adapted into a movie and recently premiered at the Galway Film Festival in the summer of 2014.

Optional evenings will be offered of dinner and drinks, storytelling and traditional Irish music, in the nearby beautiful villages of Clifden and Westport.

Arriving in early morning in Shannon you will be greeted by your driver and luxury vehicle and taken to breakfast in the bustling country town of Ennis at the Old Ground Hotel, where W. B. Yeats and Lady Gregory used to dine. (Travel time approx. 2 hours 30 mins.)

Enjoy the rest of the afternoon at leisure followed by a 3-course Welcome Dinner at your hotel.
(Overnight at the Renvyle House Hotel) 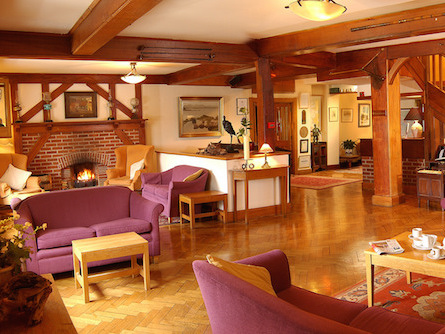 Enjoy Full Irish Breakfast at Renvyle, followed by a writing class on-site with Phil Cousineau, “The Secret Strength of Storytelling: From the Irish Seanachies to Steven Spielberg and Isabelle Allende”. Follow the class with a light lunch of soup and sandwiches at Renvyle.

Enjoy an early afternoon in the spirit of Justice Brandeis who said, “There is no great writing, only great rewriting”, we will revel in our first Rewriting Session followed by an optional open reading.

Optional evening trip to Clifden for dinner at Mitchell’s Seafood Restaurant or similar followed by a traditional Irish music session and an evening review of our day’s writing.
(Overnight at the Renvyle House Hotel) 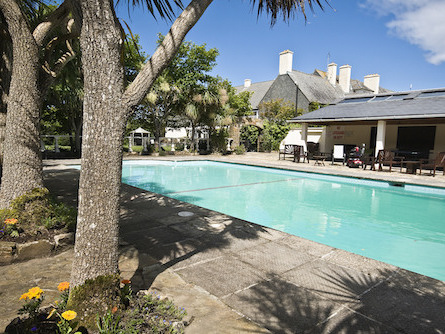 Day 3
"The Search for Inspiration: Writing Among the Ruins"; Clifden Castle (B) Read more

Depart early afternoon to Clifden Castle, where we will be led by local writer and teacher Brendan Flynn around the ruins of John D’Arcy’s 19th century Gothic Revival manor house. Using the strange beauty of the ruins as a writing prompt, we will enjoy a languorous on-site writing session. Lunch in Clifden (own expense) followed by an optional hike in the Connemara bog and along Coral Beach, near Ballyconneelly. Evening at leisure in Clifden for traditional Irish music and storytelling.
(Overnight at the Renvyle House Hotel) 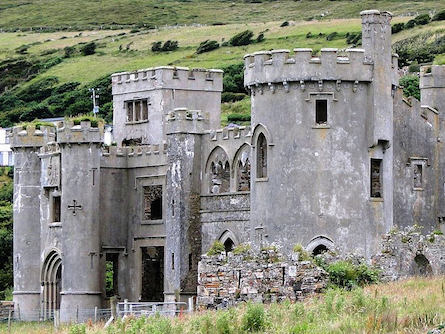 Enjoy Full Irish Breakfast at Renvyle, followed by a writing class on the grounds of the hotel with Phil Cousineau. Prompted by film clips from the lives of great writers, such as “The Belle of Amherst”, “Van Gogh”, “Leonard Cohen”, and “Nora,” we will discuss what “The Writing Life” means to us – and then write an essay. We will also enjoy a special appearance and talk by Irish novelist and screenwriter P. J. Curtis on the challenges of adaptation. Follow the class with a light lunch of soup and sandwiches at Renvyle. Early afternoon rewriting session.

Optional evening trip to Clifden for dinner at Mitchell’s Seafood Restaurant or similar followed by music in a local pub at your leisure, and an impromptu sharing of the day’s writing.
(Overnight at the Renvyle House Hotel) 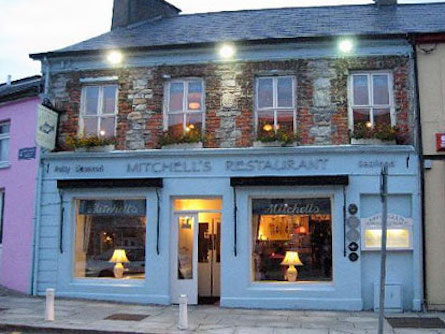 Enjoy Full Irish Breakfast at Renvyle, followed by a writing session based on a prompt about the changing mythology of talent from the Renaissance model of genius to the reemergence of the muse, the nine sources of inspiration.

This afternoon we will enjoy an excursion to Yeats Country in Sligo County to explore the genius of William Butler Yeats, and one of the great muses in Irish literary history, Lady Gregory, of nearby Coole Park. En route you will see first hand the beautiful scenery and landscape that inspired the world famous poet – and you will visit many of the sites immortalized by his poems, such as “The Stolen Child”, “The Fiddler of Dooney”, “The Lake Isle of Innisfree”, and “The Song of Wandering Aenghus”. At each site we will take contemplative time for en plein air, or outdoor, writing exercises, designed to access the beauty of the wild Irish countryside. In Sligo Town we will visit the Yeats Memorial Sculpture, to honour the 50th anniversary of his death, and visit Drumcliffe Churchyard where the great bard is buried. There, we will take time to read some of his poetry.

Visit the Sligo County Museum which contains a fascinating collection of exhibits detailing Sligo’s rich stone-age history. The Yeats Room here is full of manuscripts, photographs, letters and newspaper cuttings, a copy of his 1923 Nobel Prize winning medal and a complete collection of his poems. Return to your hotel this evening for Dinner at Renvyle House.
(Overnight at the Renvyle House Hotel) 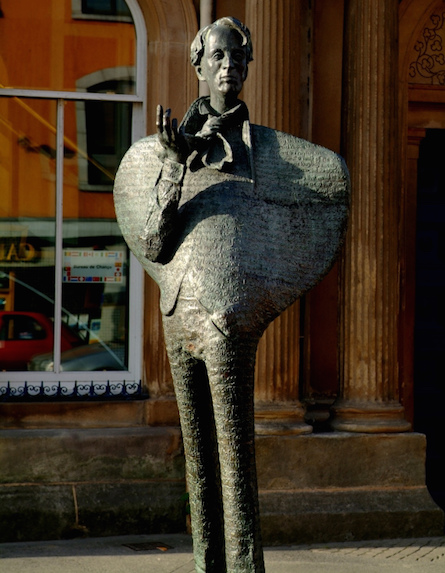 Enjoy full Irish Breakfast at Renvyle before departing for an optional tour (approx. €90.00 p.p.) to Inishbofin Island by Ferry for a day of deep and isolated solitude so you can review your week’s work in utter silence.

Inis Bo Finne (Island of the White Cow) lies seven miles off Galway’s coast and is little more than 20 square miles. The main activities on the island today are tourism, farming and fishing. Inishbofin has three official looped walks of varying difficulties, each offering spectacular views of the island’s wild Atlantic scenery. Inishbofin is a special area of conservation and a special area of protection. It has become an important centre for traditional Irish music and song with its own Ceilí band and plays host to many visiting musicians and artists. It is estimated that Bofin was inhabited as far back as 8000 BCE. Return to your hotel for an evening of rest and relaxation.
(Overnight at the Renvyle House Hotel) 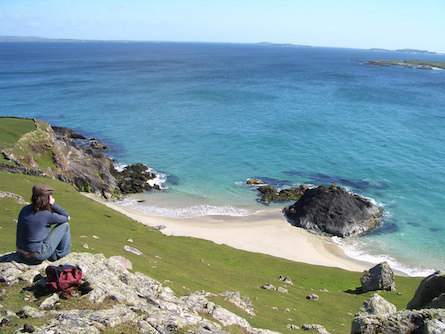 Enjoy Full Irish Breakfast at Renvyle, followed by the “Summing Up,” a review of our week together. During this last session we will focus on the final stage of writing, which is the burnishing, reading out loud, and finally owning it, standing by it, then releasing it to the world.

Follow the class with a light lunch of soup and sandwiches at Renvyle. This afternoon we will gather in the gazebo on the grounds of the Renvyle Hotel to read and discuss our work — and decide on the format of the anthology we will publish in honour of our week together.

Your farewell dinner will be at Foyle’s Hotel, Clifden or similar, where we will share our work around a great fire at Foyle’s in the spirit of the Irish seanachies, the all-knowing rural storytellers.
(Overnight at the Renvyle House Hotel) 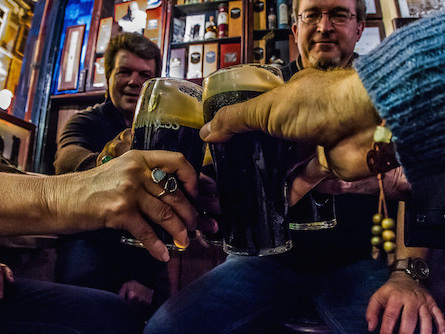 We gather for our final Full Irish Breakfast at the Hotel this morning before check out and transferring to Shannon Airport for flights home. 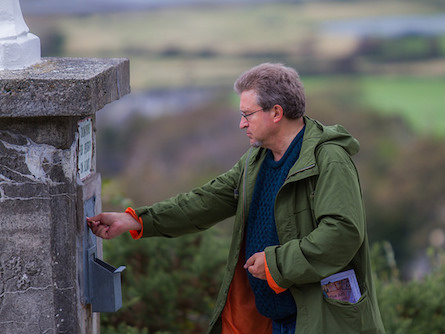 Retreat Does Not Include: