What is Animism? How does it relate to Buddhism? Read 10 facts about religions in Cambodia today and see why this country is so spiritually rich.

1. Theravada Buddhism was re-instated as Cambodia’s official religion in 1993 and is practiced by apx. 95% of the population.

3. Animism is considered a belief system rather than a religion by many contemporary religious scholars.

4. In his 1871 book, Primitive Culture, the anthropologist Edward Tylor, who, many argue, coined the term Animism, divides the theory into two dogmas – the first “concerning the souls of individual creatures, capable of continued existence after the death or destruction of the body” and the second “concerning other spirits, upward to the rank of powerful deities”.

5. Put simply, Animism is the belief that all things have a soul or spirit. As Gregory McCann explains in his essay “Animism in Cambodia: Bioregionalism in Practice”, “Animists in Ratanakari and Mondulkiri are in tune with spirit presences in their area and extreme care must be taken not to offend or disturb them for fear of incurring their revenge.”

6. Animism is considered by many Cambodians as something that is “absorbed” or simply done rather than “practiced” like Buddhism.

7. In Animism, some spirits are seen as helpful while many others can bring suffering and therefore need to be appeased with offerings.

8. In Cambodia Buddhist monks are well respected having their own social class and even a separate vocabulary for talking to and about them. The following are appropriate forms of address to a monk according to Lynn Thigpen:

9. A wat is a Buddhist temple in Cambodia, and Angkor Wat, in Siem Reap, was originally a Hindu temple dedicated to Vishnu.

10. Angkor Wat was voted the world’s top landmark in 2017 by TripAdvisor!

Want to learn more about Animism in Cambodia?

Are you interested in learning more about Animism and other spiritual practices and beliefs in Cambodia? In October 2017 photographer Jamie Kowal and Buddhist monk Chon Chhea Yut will lead a very special tour through Cambodia for Sacred Earth Journeys. Highlights include visiting the temples at Angkor Wat, staying on a rural island homestay, exploring spiritual belief systems and learning how to capture this incredible travel experience through photography!

“Capturing Cambodia’s Spiritual Past & Present with Jaime Kowal and Chhon Chhea Yut: A Photography & Spiritual Journey to the Heart of Cambodia, Oct 9-20, 2017”

LABELS: animism relgions in Cambodia what is animism 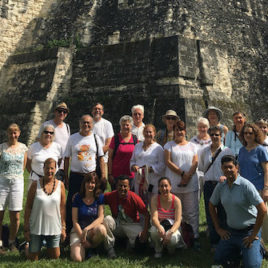 Previous Maya Temples of Transformation: Watch our favourite moments from our recent journey 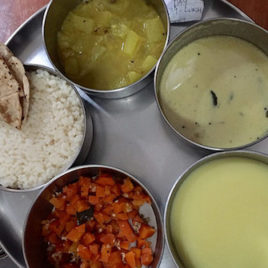