Cusco represents the heart of the Inca civilization. It is there that many begin their pilgrimage to Inca cities such as Machu Picchu in the Andes. Inspired by the mystery and transformative power of Andean indigenous traditions, many undertake adventures such as our very own Heart of the Pachamama with Puma Quispe Singona. But now, and for the last 100 years, there has been another set of explorations from Cusco. Researchers have been navigating through the Peruvian Amazon for signs of the Lost City of Paititi.

Discovering Paititi would be extremely beneficial for both our preservation and understanding of the culture of the Inca. Finding such places and artifacts ensures their protection. The preservation of sites also enables researchers to study them and bring to light things previously unknown.

In 1979, two French-Peruvian explorers named Nicole and Herbert Cartegena discovered the agrarian settlement of Mameria. Their discovery provides the very first written proof of Incan presence within the Peruvian Amazon jungle. Mameria contains approximately 15 square miles of houses in the pirca style of the Inca.

As grand of a discovery as this may seem, researchers have not stopped there; archeologists and explorers believe Mameria is evidence of a nearby lost Inca city known as Paititi. The search for Paititi highlights just how mysterious and unrecorded various remote areas of the Amazon actually are.

The first known record of Paititi transports us back to the colonial era.

In 1600, missionary Andres Lopez wrote to the Vatican claiming to have learned of a lost city containing gold from indigenous Peruvians in the Amazon. They called the city Paititi. Lopez’s writing, discovered 400 years later in the Vatican archives, is third-hand evidence and not very reliable. Still, the manuscript provides important clues when coupled with other discoveries such as the town of Mameria.

Even before uncovering Lopez’s work in 2001, explorers and archeologists from various walks of life have invested immense amounts of time and resources exploring undocumented areas of the Amazon. Many big names in these explorations entertained the prospect of finding an undiscovered city of the Inca, a complex much larger than even Machu Picchu.

One such name is Percy Harrison Fawcett, a British explorer who inspired the Indiana Jones character. In 1925, Fawcett journeyed into the Amazon of Brazil in search of a lost city he called “Z.” Though this isn’t a direct search for the Inca city of Paititi, it fanned the flame of curiosity in explorers, serving as a stepping stone for the possibility of a city like Paititi.

Other researchers, including the Cartegenas who found Mameria, searched for Paititi throughout the 20th century. From Hitler’s photographer named Hans Ertl to explorers from all over the world, many became engulfed in the Amazonian search. Many never returned.

Latest on the Search for Paititi

Deyermenjian has made important contributions including further documenting Mameria, petroglyphs, and pyramids in the area. You can even view an episode with him searching for Paititi on Josh Gates’ Exploration Unknown.

Thierry Jamin has been seeking Paititi for decades. He’s contributed to the search by reaching and studying Parataori, a set of pyramids identified in NASA satellite photograph number C-S11-32W071-03. He hypothesized that the petroglyphs of Pusharo serve as some kind of roadmap pointing the way to a major city, perhaps Paititi. Beginning in 2011, Jamin grew preoccupied with excavating the potential burial tomb of Pachacutec at Machu Picchu.

Then, in 2012, he makes major headway on the search for Paititi. Jamin and his team on their site, The Explorers of Gran Paititi, write:

“A mysterious square formation eight hundred meters apart, located at the top of a medium-altitude mountain, intrigues the French explorer and his entire team. Especially since the Matsiguengas of the region assure that this is the place where the famous “ruins of Pantiacolla” are hidden… in other words Paititi! A few hundred meters away, a mysterious ‘square lake’ and four twin lagoons are spotted. They seem to confirm the legend which affirms that Paititi would be precisely near such bodies of water. The Incas would have dumped quantities of precious objects there after the invasion of the empire by the Spaniards.”

In 2013, Jamin was accompanied by a group of indigenous Matsiguenas in search of the square lake, lagoons, and mysterious square mountain. They arrived 30 kilometers from the lakes, took some field notes, and decided to turn back. Most valuable were their studies of the terrain they’d have to cross to reach the lakes and the square mountain.

Then, in 2014, Jamin and his team set off into Magatoni with the intention of reaching the supposed city of Paititi atop the square mountain. Their excursion was challenging. Because the forest was too dense, they used rivers to navigate their way. They were stopped by indigenous Sabamantiari people before entering their territory. After rerouting, they hiked as far as they could before returning to Cusco. They didn’t reach the square mountain.

Will the Search for Paititi Continue?

In 2016, Forbes magazine published an interview in which Jamin revealed that he and his team planned to take a helicopter to the base of the square mountain that very summer. But it didn’t happen.

“Despite the incredible affair of the ‘mummies of Nasca,’ which monopolized Thierry and his team throughout 2017, the Inkari Institute…is resuming its priorities for 2018. The whole team of Thierry Jamin is currently mobilizing to set up this large-scale expedition whose objective will be to confirm, or not, the presence of Paititi at the top of this strange ‘mountain’…located by Thierry and his group in June 2012.”

That entry was written on January 2nd, 2018. It is the final entry to date.

Via thorough investigations through Google, we find not updates on Jamin’s expeditions, but instead notes from a group of explorers and engineers calling themselves Paititi Research. On their site, the team critiques the approaches of previous explorers:

“From our point of view, every expedition until now was using just partial knowledge—let it be a legend, a testimony or they were just following rivers and streams hoping to spot IT, and we want to deal with all of them in the same pot. Nowadays we have still another possibility—before going real into the wilderness, we can test our estimations with the help of satellites.”

The team launched a “test expedition” on foot in 2019, arriving at the Chunchusmayo River before returning to Cusco safely, though scathed with otherworldly mosquito bites.

Uncharted territory in the Amazon is dangerous, protected by its indigenous people, and extremely difficult to navigate. These factors make the potential discovery of a lost city of the Inca slow and seemingly inconsistent. Will Paititi be found? We’ll leave it up to the next brave group of brave scientists and explorers to find out. 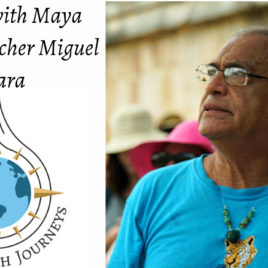 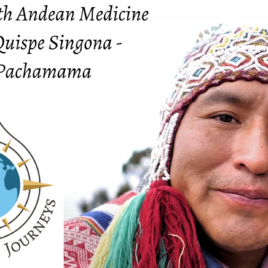