Delving into Maya sacred text invokes the mysteries of the universe and creation. Miguel Angel Vergara, master Maya teacher, said, “The Maya Masters of Light studied deeply the mysteries of the infinite cosmos. In the eyes of the Jaguar they saw the light of creation. In the flight of the Feathered Serpent they created the calendars representing space, time, and movement. Science in union with the heart, technology in union with intuition.”

Miguel Angel studied with Maya elder and wisdom keeper Don Vincente Martin for 17 years, and for many years has been co-leading our Maya Temples of Transformation journey with Freddy Silva, a journey through deep exploration of ancient temple cities, Mayan astronomy, wall carvings, myth interpretation, and the secret purpose of specific temples and pyramids.

Remaining hopeful for this year’s journey, the mind naturally wanders to the Maya and their evidently genius quest to spiritual elevation. For those wishing to equip themselves with intimations of the rich, spiritually transformative wisdom of the Maya, the literature, the calendars, and the temples of the Maya are undoubtedly the place to begin.

In this piece, we’ll be examining 3 essential Maya sacred texts. The stories of the Maya are passageways to a wealth of knowledge stemming from a remote Golden Age. Thus, essential sources of Maya teachings and mythology are necessary to study if we are to begin to grasp not only Maya transformative wisdom, but the history of their near-demise and restoration of tradition.

The Maya consider the activities of scribes to be close to the gods. This is symbolized, as depicted in the royal tomb of Tikal, by a scribe’s hand appearing from the throat of a creature holding the tools by which the Maya codex books were written and illustrated. Open mouths of this sort are to the Maya portals to the gods.

There are a few essential pieces of Maya literature to know about, some of which contain stories and wisdom preserved through the destructive, pervasive influence of 16th-century Christian missionaries.

The Popol Vuh, interpreted to mean “Book of the Community,” contains the creation story of the Maya written in the K’iche’ language. The K’iche’ are the largest Maya ethnic group and one of the Mayan languages of Guatemala.

In this Maya sacred text and creation story, the K’iche’ Maya write that their earliest grandparents were made from white and yellow corn. This explains the Maya’s deep reverence for Maize. They view it as a key point of connection to the ancestors.

The Popol Vuh also contains accounts of genealogies, land rights, and Hero Twins who undergo epic journeys to the Underworld and eventually rise to the heavens, becoming Sun and Moon.

Near the beginning of the Popol Vuh, the scribe writes, “This account we shall now write under the law of God and Christianity.” The words “God” and “Christianity” are the only words in the Popol Vuh that are “Christian” and Spanish-derived. This fact seals the accuracy of the Popol Vuh as the true cosmological and historical account of the Maya.

In Allen J. Christenson’s translation of the Popol Vuh, he introduces the text by telling the tale of his reading of his manuscript of the Popol Vuh to a group of K’iche’ Maya in Guatemala. He writes: “[One] of the men was curious as to how I could ‘collect’ words and carry them away, since he assumed that his language could only be spoken, not written. Quichés in that area had, of course, seen documents and books like the Bible written in Spanish but had little conception at that time that it was possible to use phonetic letters to record their own language.”

When Christenson read him the beginning of the Popol Vuh from his manuscript, the man said, “These are the words of my ancient fathers? Do you know what you have done for them?” There was a pause. Then, “You make them live again by speaking their words.”

The Chilam Balam is named after a great prophet of the Yucatec Maya whose words are considered to come directly from the gods. The prophet Balam likely lived during the 15th and 16th centuries.

Mexican anthropologist Ralph L. Roys, in an introduction to his translation of the Chilam Balam, writes, “This Prophet Balam lived during the last decades of the Fifteenth Century and probably the first of the Sixteenth Century and foretold the coming of strangers from the east who would establish a new religion. The prompt fulfillment of this prediction so enhanced his reputation as a seer that in later times he was considered the authority for many other prophecies which had been uttered long before his time. Inasmuch as prophecies were the most prominent feature of many of the older books of this sort, it was natural to name them after the famous soothsayer.”

The books of Chilam Balam were written in the Maya language though in Latin script. The text includes mythological stories, medical treatises, almanacs, rituals, historical narratives, and like the Popol Vuh, accounts of the creation of the world. Interestingly, the text’s rituals are infused with Christian concepts. The infusion portrays the direct influence of the missionaries on the Maya. The text even contains a purely Spanish story translated into the language of the Maya.

Maya Codices: Knowledge of the Ceremony, Astrology, and Ritual

“Our knowledge of ancient Maya thought must represent only a tiny fraction of the whole picture, for of the thousands of books in which the full extent of their learning and ritual was recorded, only four have survived to modern times (as though all that posterity knew of ourselves were to be based upon three prayer books and Pilgrim’s Progress).” — Michael D. Coe, The Maya

The Maya Codices are another rich source of knowledge of the Maya. There was an abundant amount of this knowledge during colonialism, but most of it was destroyed by the Spanish missionaries. The surviving Codices, such as the extensive Dresden Codex, record ritualistic almanacs and rich illuminations of astrological tablets. The Dresden Codex also contains tablets documenting future positions of celestial bodies.

Another Codex, now kept in Madrid, is the longest and contains horoscopes and ceremonial information once used by Maya priests in their divination. Due to its stylistic uniformity, researchers believe this Codex was written by a single scribe.

The Unknown Story of the Maya

Much Maya knowledge has been lost by the hands of clerics who arrived in the 16th century to impose their own tradition. To say we know the full story of the Maya through the very little literature left to us is a fallacy.

Yet aside from the lack of sacred texts, the Maya embody symbolic traditions, such as that of the Jaguar (Balam), that seem to require its students to amass higher consciousness in order to fully grasp them. 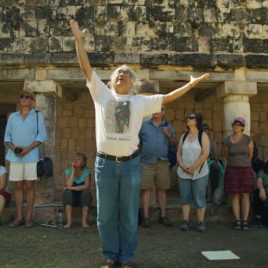 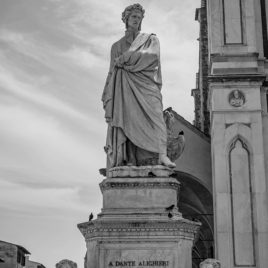