Sacred Earth Journeys has lately been on a bit of a Joseph Campbell kick. Is that surprising? His work embodies the Sacred Earth Journeys mission of mythological education and personal transformation. We’re endlessly delighted at all the Joseph Campbell books and quotes teaching our pilgrims that we too are heroes in this world full of labyrinthine journeys and prospective transformation.

Better yet, his work inspires the physical manifestation of taking the hero’s journey, that is, taking an actual trip abroad.

It’s also worth mentioning as we have in previous articles that our veteran journey leader Phil Cousineau was personally mentored by Campbell. This inspired his book The Hero’s Journey: Joseph Campbell on His Life and Work. Eventually (and undoubtedly inspired by this idea of journeying and pilgrimage) Phil wrote The Art of Pilgrimage: The Seeker’s Guide to Making Travel Sacred. The third edition of what’s become a timeless classic is being released in September or October of 2021. Keep an eye out for that!

So we have plenty of reasons to be excited by Joseph Campbell.

So far we’ve tinkered with Joseph Campbell quotes, the power of myth (included in the collection on Joseph Campbell books, more on that later), and the hero’s journey we all need to take (basically how to use Campbell’s wisdom and mythological interpretation to fuel our own lives).

And now we’re thrilled to explore Campbell’s literature. In doing so we’ll naturally draw parallels between his mission and our own.

The Power of Myth

As promised, here’s our review of The Power of Myth.

This book is profoundly loved among readers and arguably loved most compared to other Joseph Campbell books. Readers love the work’s ability to access the meaning and essence of life through mythology itself.

In the interviews, Campbell discusses what he calls “the soul’s high adventure”:

“Follow your bliss. . .The world is a wasteland. People have this notion of saving the world by shifting it around and changing the rules. No. Any world is a living world if it’s alive. The way to bring it alive is to find in your own case where your life is and be alive yourself, it seems to me.”

To live your bliss (your hero’s journey that’s meant for you) and inspire others to do the same is the ultimate force for change.

One thing that especially inspires us about Campbell’s work is his emphasis on courage and transformation. “Don’t be afraid [to follow your bliss],” he says in the interview.

This is the type of courage (and transformation) people leave with after their sacred journeys with us around the world. They’ve experienced the art of pilgrimage, as Phil would say, and are ready to return home to make their entire lives a pilgrimage.

The Hero With A Thousand Faces

Reading Campbell’s The Hero With a Thousand Faces can be super handy before attending any of our journeys. Our pilgrimages, especially those to Greece and Italy, are chalked full of mythological interpretation, tales, and imagery. They’re also both led by Phil Cousineau (Campbell would be proud)!

The Hero With a Thousand Faces is the primary text where Campbell presents his archetypal hero’s journey or monomyth cycle. The idea is strikingly fascinating. Campbell realized that throughout time and space, cultures have created stories that follow similar trends—even if the cultures in question had come in zero contact with each other.

Supported by Jung’s theory of the collective unconscious (shared structures of the unconscious mind among same species) and dream theory (dreams provide unconscious expression), Campbell published his masterpiece in 1949. The chapters are the phases of Campbell’s mythological cycle where stories from all over the world swim in each.

The phases include departure (of the hero), initiation, and return. Each chapter is divided into the more specific pivotal points on the hero’s journey as follows:

Readers are astounded at the sheer amount of tails Campbell draws upon in each section, as well as the capacity for each one to fit snugly into each archetypal section.

Myths to Live By

And then there is Campbell’s Myths to Live By. To give you an idea of the potency of this book, here’s the subtitle: “How we recreate ancient legends in our daily lives to release human potential”.

This is a great book to start with for readers who are only just delving into Campbell’s world. With it, Campbell tugs myth into our worlds as a transformational force. Take this quote from the book for instance:

“The society that cherishes and keeps its myths alive will be nourished from the soundest, richest strata of the human spirit.”

That’s because myth (which according to Campbell always fosters the hero within) inspires us to live out our own destinies:

“Since you came to birth in this world at this time, in this place, and with this particular destiny, it was this indeed that you wanted and required for your own ultimate illumination. That was a great big wonderful thing that you thereupon brought to pass: not the ‘you’ of course, that you now suppose yourself to be, but the ‘you’ that was already there before you were born.”

After all, if Joseph Campbell’s work has meant anything to use over the decades, it’s that “myths are public dreams, dreams are private myths.”

We are the heroes of our realities. As soon as we choose to live out our myth, the world with its initiations, trials, atonements, etc. will always open its vast arms in renunciation. 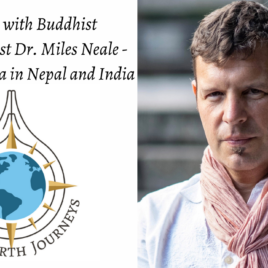 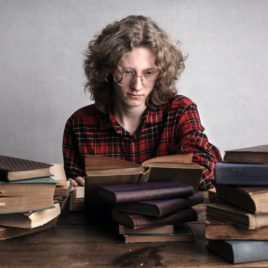 Next The Power of Myth: How to Study Comparative Mythology