Like many ancient spiritual cultures, the Toltec and the Maya erected stone monuments that echoed their interpretation of the universe. One of the many unique features to be found in Yucatan temple cities are the so-called ball courts where, according to orthodox view, warriors played a gruesome game with the severed heads of defeated enemies.

Nothing could be further from the truth.

There are more than 8 ball courts at Chichen Itza but the one in the northwest section is the most impressive. For one thing, it is laid out to a near 4:1 ratio, the equivalent to a double octave in music. It is acoustically tuned so that echoes rebound seven times off its lofty vertical walls. Repeating the musical connection, each wall features rings exactly 3×7 units above the ground, each carved with intertwined feathered serpents, the symbol of the regenerative force of nature. Why anyone would go to the trouble of building an enclosure referencing musical notation for the purpose of a blood sport is beyond me. So let’s continue.

Along the base of the high walls are panels of teams of ball players. In the Creation panel, a player has no head, and in its place rise seven wriggling snakes, each representing the central formative elements of light and sound (seven notes and seven visible colours); the sixth serpent carries the name Wak Chan, the name for the Maya axis mundi or World Tree from which all sacred knowledge emanates. This is the clue that begins to unlock the true purpose of the ball court. Another is the hieroglyph used for the ball court, a stepped shape that resembles a crevice on the central mound of creation in Maya mythology. This crevice was called hom, and the word was regularly interchanged with “ball court”.

A third lies in the creator god of maize, who himself lives in an Underworld ball court. Like the Green Man every winter solstice, upon his resurrection, his spirit enters the Middleworld through this crevice – much like the one built into the ball court above ground. Thus when players moved along the ball court they in effect interacted with a creative deity so as to learn the greatest game of all, the Game of Creation. Another given name to the ball court was Tlach-tli (“the looking place”) leading to the speculation that under certain conditions the area may have been used to depict the perpetual motion of the heavenly bodies, and from this, their link with human destiny, much like a spiritual astrological drama. This play was performed at night using obsidian mirrors.

By day it was used for the ball game itself, with players carrying obsidian mirrors on their backs as though reminding them they were mirror images of the perfection of the heavens.

The idea of the game was for a player to amass enough points to reach the centre of the field, which was called teocalli, “home of the gods”. Certainly the walls depict a cylindrical Mercator projection of the planes around the zodiac, tracing a path of planets above and below the horizon, in effect depicting a figurative ball game of the gods.

The flat court itself is a mirror of the numerical values of the adjacent pyramids of Chichen Itza, divided as they are into 99 squares, a number which coincides with the calibration of 8 lunar cycles with the solar calendar – as seen in the world’s largest stone circle, Avebury. The idea was to remind the player that the human body is the measure of the masculine Sun and feminine Moon. Some folk dances of Mexico are faint echoes of this celestial drama.

No wonder the ball court itself was seen as a figurative entrance into the Otherworld: the winner discovered the Mysteries of life, and by this connection with all levels of reality, he or she was thus enlightened. The Western expression for this ritual of initiation was “raised from the dead”.

With its playing area divided into squares, the Toltec/Maya ball court may be a variation of the board game of chess, which originated in China. The unusual moves of each chess piece are designed to illustrate the laws of interaction between the invisible and causal worlds. They depict the motion of Creation itself. Some master players even learned to play chess blindfold to demonstrate their ability at connecting with a more intuitive level of reality. The connection with the ball courts of the Yucatan is that in 600 BC chess reached Persia, referenced in a romance called Karnamak-i-Artakshatr-i-Papakan, whose hero is noted for his abilities in ball-play.

It’s not the first time a cross-cultural connection with Persian mysticism appears in the Americas: around Lake Titicaca, the carved portal of Amaru Meru has a counterpart in Anatolia, along with etymological roots, while at Tiwanaku, a bowl discovered in the silt features a cuneiform alphabet only found in Sumeria.

With the later degradation of civilization around the time of the arrival of Conquistadors, the original and spiritual meaning of the ball courts may have been lost. One man’s god becomes another’s devil. And so the unusual friezes of creation and destruction depicted along the ball court may have been taken literally, and in time the game degenerated into a blood sport, a game of life and death.

Freddy Silva is one of the world’s leading researchers of sacred sites, ancient systems of knowledge, and the interaction between temples and consciousness. He is best-selling author of The Lost Art of Resurrection, First Templar Nation, The Divine Blueprint, and Secrets in the Fields: The Science and Mysticism of Crop Circles. Freddy will be leading a tour to Mexico for Sacred Earth Journeys with Miguel Angel Vergara December 2015: “Maya Temples of Transformation with Freddy Silva & Miguel Angel Vergara: Yucatan: Ancient Academy of the Spirit, December 5 – 13, 2015”. Visit our website for full itinerary details. To learn more about Freddy Silva please visit http://www.invisibletemple.com/ 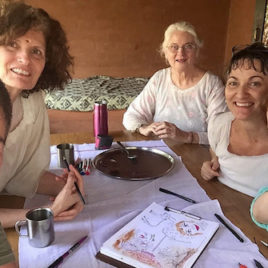 Previous Ayurveda for Healing: An Interview with Jaisri M. Lambert 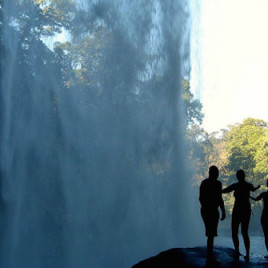 Next Introvert? Extrovert? 7 Ways We Can All Benefit From Group Travel