India, in particular, South India is home to many of the Great Mystics whose lives were dedicated to and paved the way for the birth of the divine-human. Each in their own way, they brought spiritual knowledge to the world and have left behind ashrams, teachings, and even towns to continue their legacy and bring this spiritual change to the world. On our own journey to South India: Shiva Dancing: Sacred South India With Andrew Harvey, you will be guided on a pilgrimage on which you’ll visit the sites of these four great mystics; Sri Aurobindo and the Mother, Ramana Maharshi, and Father Bede Griffiths, who was Andrews beloved teacher.

Continue reading to learn more about these individuals as well as their thought-provoking and life-changing ideas and teachings and it will hopefully inspire you to visit the sites of these four great mystics.

Sri Aurobindo and the Mother

Born in Calcutta on August 15th, 1872, Sri Aurobindo was initially a politician fighting for India’s independence. In 1905, he began his yoga practice, and three years later in 1908 had the first of many spiritual realizations. Understanding more deeply that nurturing his inner spiritual life was more important to him, he left his career in politics and moved to Pondicherry, Southern India, in order to fully devote himself to his spiritual life and practice. Over the next 40 years, he developed his own yoga practice, called the Integral Yoga. The aim of his practice was the spiritual realization that doesn’t simply free man’s consciousness but also changes his nature.

The Mother, who was born Mirra Alfassa, first met Sri Aurobindo in 1914, and she immediately recognized him as the one who had, for many years, guided her own inner spiritual journey. After returning to France, in 1920, she travelled back to Pondicherry and in 1926, they, together, formed the Sri Aurobindo Ashram, which Sri Aurobindo entrusted fully to her. The Ashram has become one of the most important in all of India and welcomes devotees from all over the world.

On our journey with Andrew, we have the chance to visit this Ashram, where we will be able to learn more about Sri Aurobindo and the Mother as well as experience the spiritually potent power of this Ashram they created together.

The next day we will visit another important site, founded by the Mother in 1986, the experimental town of Auroville, “The City of Dawn”, which manifests Sri Aurobindo’s vision by creating a “universal town where men and women of all countries are able to live in peace and progressive harmony, above all creeds, all politics and nationalities. The purpose of Auroville is to realize human unity.” The Matrimandir is a striking 30-metre high, golden metal globe in the centre of Auroville, conceived as “a symbol of the Divine’s answer to man’s aspiration for perfection.”

Ramana Maharshi was a 20th-century Indian Sage whose teachings pointed people toward their innermost selves. There was no need to join any particular organization, subscribe to a particular belief system or worship anyone in particular, in order to experience this transmission of bliss and clarity, he simply encouraged people to practice asking “Who am I?” and through this practice believed you would find real happiness.

At the age of 16, he travelled to Arunachala and stayed on the sacred mountain until his spirit united with it in 1950. While on pilgrimage with Andrew Harvey, you will have the opportunity to visit the Ramana Maharshi Ashram, where you can see the samadhi shrine of Ramana Maharshi, the spot where he attained Mahasamadhi (left this mortal coil), and the samadhi shrine of his mother, which is known as the Matribhuteshwara Temple. The ashram is peaceful and relaxed, an excellent place for meditation and contemplation. There will also be a chance to visit the Ashram’s bookstore which is a treasure trove of Sri Ramana literature, photographs and more.

You will also be guided on a walk around the streets at the base of Mount Arunachala. While a city has developed here now, you can still see the offerings at shrines and temples, and many sadhus making their way along this sacred pilgrimage route. The next morning we will make our way up to Virupaksha cave where Ramana Maharshi lived and meditated from 1899 to 1916. This is a powerful place to meditate and reflect on the teachings we have learned from the past few days in this area.

As John Henry Cardinal Newman once described them, Father Bede was one of those “who live in a way least thought of by others, the way chosen by our Savior, to make headway against all the power and wisdom of the world. It is a difficult and rare virtue, to mean what we say, to love without deceit, to think no evil, to bear no grudge, to be free from selfishness, to be innocent and straightforward… simple-hearted. They take everything in good part which happens to them, and make the best of everyone.”

While in South India, we will stop at the Shantivanam Ashram for two nights. Father Bede first stayed at the Ashram from 1957-1958 and then took over stewardship in 1968. Under his charismatic leadership, Shantivanam became an internationally known centre of dialogue and renewal. The aim of Shantivanam has always been to bring the riches of Indian spirituality into Christian life and to share in that profound experience of God that originated in the Vedas, was developed in the Upanishads and Bhagavad Gita, and has come down to us today through a continual succession of sages and holy men and women.

These four great mystics have undoubtedly influenced the world as we know it, bringing deep spiritual knowledge and lessons that continue to be felt today. Their underlying message is to live a life of service, devotion and love. They cross the lines of strict religious groups and bring the message of universal spirituality, so no matter what (if any) religion you follow, the teachings of these mystics can deepen your spiritual practice and understanding. We invite you to join us in November, with Andrew Harvey as your guide,  to follow in their footsteps and visit the sites of these four great mystics to experience the spiritual power of the places they resided in as well as the transformation that their knowledge brings. 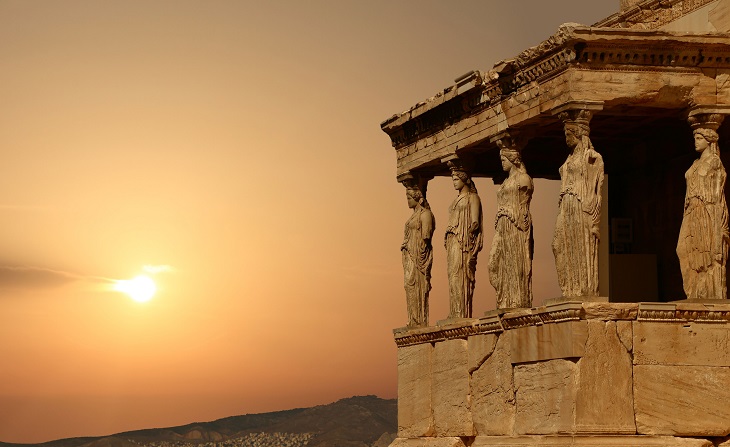