We’re excited to share two captivating videos by Freddy Silva focusing on the energetic power of temples and sacred sites in Peru and beyond.

In this video, filmed in Coricancha, Cuzco, Freddy explores the importance of water at some of Peru’s – and the world’s – most sacred sites.

This next video focuses on the powerful effects on the body of stone temples such as those at Sacsayhuaman, Peru.

You can visit the sacred sites and temples of Peru with Freddy Silva in our upcoming journey, “Welcome to the World of Megalithic Revelation with Freddy Silva: Discover the Hidden Face of the Power Places of Peru”, October 25 – November 3, 2016.

Read the full itinerary for this illuminating journey on our website!

Next week, we will feature the first of a 2-part article series by Freddy in which he reveals that stone towers (chullpas) such as Silustani and Cutimbo as well as portals such as Amaru Muru may have been part of a global tradition of secret initiation rituals. Not to be missed! 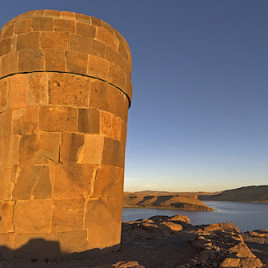 Previous The Otherworld in the Andes by Freddy Silva 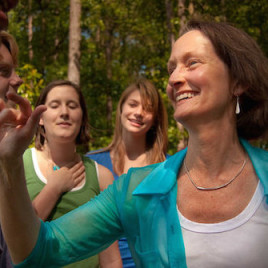 Next Singing Retreat. The Voices of Ireland: An Interview with Virginia Schenck