The Inca Empire was the largest civilization in pre-Colombian America, bigger even than the Aztec Empire. The Empire spread up and down much of South America, all the way up to modern-day Colombia, down through Peru and Chile, and inland as far as Cusco. Cusco actually marks the beginning place of the Inca, which partially explains why it’s arguably one of the most sought out destinations in Peru today.

Many don’t know this, but the Inca were relatively young upon the arrival of the Spanish conquistadors. Inca civilization holds its origins in the 13th-century highlands of Peru, yes, but did not firmly establish an empire until the 15th century. This is no ancient origin. During this time, the Old World was in the midst of the Renaissance, the artistic, cultural, and political transition from the Middle Ages to Modernity.

Origins of the Inca Empire

The Inca were a people who expanded their territory through mostly peaceful assimilation. This process of assimilation included promising rulers of other territories power under the Kingdom of Cusco. Pachacuti, the ninth Sapa Inca, or ninth ruler of the Kingdom of Cusco, began the era of conquest that built the Inca Empire. Under his reign, he brought most of modern-day Peru under Inca control. Eventually, the Inca expanded into a state comparable to the historical empires of Eurasia.

The Empire came to depend on bartering and gift economy trading rather than the use of money. A system of knotting was used for record-keeping and a well-developed road system connected all the farthest reaches of the empire. Gordon McEwan, author of The Incas: New Perspectives notes some other qualities of the Empire, unique to what was previously seen in the Old World: “The Incas lacked the use of wheeled vehicles. They lacked animals to ride and draft animals that could pull wagons and plows… [They] lacked the knowledge of iron and steel… Above all, they lacked a system of writing… Despite these supposed handicaps, the Incas were still able to construct one of the greatest imperial states in human history.”

And that they were—the Inca are also renowned for their grand and imposing architecture, agricultural brilliance, and unique economy.

The Inca origin story tells of how these people first established themselves in the eventual kingdom of Cusco. Incan myth, which was transmitted orally, tells of a set of caves in which the ancestors of the Inca stepped out of. One of the ancestors carried a fine golden staff and touched it down in Cusco which decided where the people would live.

The Inca believed in reincarnation, but with a difficult passage into death and the next life. Due to this, emphasis was placed on following the moral code of the Inca, that is, not stealing, not lying, and not being lazy. For those who followed this code, the afterlife consisted of living in the Sun’s warmth rather than being reincarnated on the cold Earth.

Also key to the spirituality of the Inca is the belief in polytheism. The Inca worshipped many gods including a creator god, a rain god, a hot-tempered god who creates earthquakes, and earth and sea goddesses.

The Sacred Valley and Other Sites of the Inca

Our September journey to Peru, Heart of the Pachamama with Puma Quispe Singona, will take us to one of the most important Incan agricultural centers: The Sacred Valley located in the Andes of Peru just 12 miles away from Cusco. This is a key component of our Peru travel itinerary. This land, stretching from the town of Pisac to Ollantaytambo, gains its fertility from the irrigation of the Urubamba River.

The Valley was of great importance to the Inca due to its lower elevations, warmer temperatures, and their ability to efficiently grow maize there. Much of the cultivated maize was used to make chicha, a fermented drink that the Inca drank in large quantities during ritual and ceremony.

A main attraction of the Sacred Valley is the rows of agricultural terraces built by the Inca along the surrounding mountains. The terraces are huge and provided more flat land for crop cultivation. These terraces, many of which are still in use today, are presently the clearest indicators we have of activity by the Inca Civilization in the Sacred Valley.

Many pilgrims also arrive to the Sacred Valley to eventually make their way to Macchu Pichu, the most famous archeological site of the Valley. Machu Picchu is thought to have been originally built as an estate for Emperor Pachacuti. It was built around the year 1450, abandoned a century later, rediscovered in 1911, and was made into an UNESCO World Heritage Site in 1983. According to UNESCO, “The Inca City of the Historic Sanctuary of Machu Picchu is the articulating centre of its surroundings, a masterpiece of art, urbanism, architecture and engineering of the Inca Civilization. The working of the mountain, at the foot of the Huaya Picchu, is the exceptional result of integration with its environment, the result from a gigantic effort as if it were an extension of nature.”

We’ll be lucky enough to see Machu Picchu during our pilgrimage with Puma Quispe Singona. This Cristal Condor sacred site is an inspiring and beautiful place, an architectural wonder, and a great testament to Incan Civilization. Once used primarily as an astronomical Observatory and place of pilgrimage, Machu Picchu now attracts thousands of visitors each year to connect with the sacred energies and ancient wisdom. Because it sits within three corresponding high peaks of power, which create an energy triangle, it is a perfect spot to sit and meditate, focus your intent, and expand your awareness. 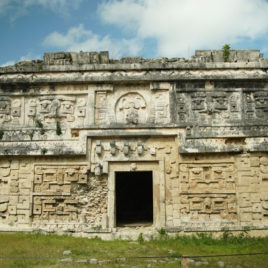 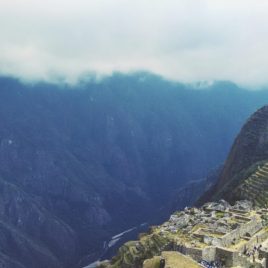 Next Sacred Valley Peru: What To See and Know